In a 1965 paper, American engineer Gordon Moore predicted that the number of transistors on an integrated circuit (“microchip”) would double every year for the next decade. He would be right, and his theory would practically become a fundamental law in the computing world.

When Moore made his prediction, transistors were shrinking rapidly and twice as many transistors could fit onto a chip with each passing year. Over time, that trend has slowed to every 18-24 months.

However, even as the scaling rate has slowed in recent years, the exponential growth in computer chips’ power has brought life-changing technologies. Crude home computers would evolve into sophisticated machines, which would lead to the rise of high-speed Internet, smartphones, and devices connected by the Internet of Things (IoT).

Yet, as engineers struggle to cram more silicon transistors onto chips, it seems that Moore’s Law is dying. This post will examine if Moore’s Law is still applicable today and rethink it for modern computing connected by IoT.

Moore’s Law says that the growth of microprocessors is exponential. In theory, transistors can keep getting smaller and smaller. However, as we enter the 2020s, it’s clear that transistor size is being pushed to the limits of physics.

When the transistor was invented in the 1940s, it was measured in millimeters. Today, a typical transistor’s dimensions are expressed in tens of nanometers, which is over 100,000 times smaller. A lot more transistors could be fit into the same small area, meaning a lot more processing power.

However, more transistors also mean more heat generated. That means designers and engineers have to factor in hundreds of millions of transistors generating heat in the width of a human hair.

And that’s not the only roadblock. Quantum mechanics itself stands in our way. As transistors have gotten smaller, so too have the distances between different transistor regions. Electronic barriers have become so thin that electrons can plow right through them—a phenomenon known as quantum tunneling.

If the transistor components—especially the gate oxide—are too thin, the transistor will leak current when it is in the off position, when ideally, no current should flow at all. But has form factor really killed off Moore’s Law?

Thinking Outside the Box

As you can imagine, it’s very challenging to create what are basically invisible computers that can operate for months or years. That’s why it costs exponentially more to fabricate the next generation of chips.

Top-of-the-line microprocessors today, such as Intel data center processors and the bit app processors in cell phones, are at a 7-nanometer semiconductor processor node. That’s smaller than most viruses!

However, Moore’s Law is still alive and well for the ultra-low-power, deeply embedded world. As we previously mentioned, Ambiq® is migrating two generations of semiconductors from 40nm to 22nm to take advantage of our unique circuit design and architecture.

With a new generation of tech consumers who prefer mobile and portable powered devices, power consumption becomes just as important as performance. As Moore’s Law marches towards the limits of physics, energy efficiency is the new frontier of computing, especially for mobile devices embedded with IoT.

The New Kid on the Block

In November 2015, Ambiq submitted its Apollo SoC for testing against the ULPBench. Developed by the Embedded Microprocessor Benchmark Consortium (EEMBC), the ULPBench is a standardized benchmark that measures the energy efficiency of ultra-low-power embedded microcontrollers (MCUs).

The benchmark standardizes a typical low power design workload and measures the actual energy required to complete it. This approach normalizes the many different behaviors of MCU operation such as active current, sleep current, wake-up time, core efficiency, and cache efficiency.

All of this data is then synthesized into a single value important to developers—the amount of energy needed to complete their specific application.

The previous high benchmark was 187.7. Ambiq’s Apollo SoC smashed that mark, more than doubling the previous best at 377.5. Essentially, Ambiq’s SoC is twice as energy-efficient, making it ideal for developers of battery-powered wearables and other energy-sensitive IoT devices.

2x power savings has enormous implications for both embedded designers and tech consumers. Designers can re-purpose the power savings to extend battery life or add additional features, while consumers can enjoy longer-lasting devices with more features.

So, what enabled Ambiq’s Apollo SoC to demolish the ULPBench? Sub-threshold voltage circuitry. We have leveraged sub-threshold circuitry into our patented Subthreshold Power Optimized Technology (SPOT®) platform, using it to run a normal microprocessor at much lower voltage effectively.

There some key benefits to operating transistors at sub-threshold voltages. For one, state switching at these lower operating voltages makes for lower dynamic energy consumption. What’s more, the leakage current of “off” transistors can be reused to perform most computations, essentially harnessing previously lost power.

Ambiq’s technology reduced the energy consumption of semiconductors by reducing the voltage level at which switching occurs inside the chips. This enables the development of products like wearable devices with longer-lasting battery power.

The Wonders of SPOT

For consumers, Ambiq’s SPOT platform means their smartwatch or fitness tracker can have a longer battery life—up to weeks or months longer than previously possible.

What’s more (no pun intended), this type of advance in energy efficiency could quickly lead to a new iteration of Moore’s Law, where the power consumption of embedded microprocessors is cut in half every few years.

This is great news for developers of battery-powered wearables and other energy-sensitive IoT devices. This leap in power performance opens new doors of possibility to completely new consumer products by more than doubling battery life or enabling more added features without increasing the power budget.

For embedded smart sensors that make up the Internet of Things, energy efficiency is a massive priority. The devices these sensors go in need to be built to survive without large batteries while lasting for weeks without charge.

Still, the benefits of the Ambiq sub-threshold design approach means that embedded designers looking to improve on their product from last year. They can easily implement new features, like heart rate monitoring sensors or always-on voice command systems.

Moore’s Law disrupted computing and set the pace for technological advancement for the next half-century. It’s how we went from a few room-sized supercomputers to billions of pocket-sized mobile phones.

Now, the question is, can Ambiq’s technology bring a similar pace of innovation to the Internet of Things?

Even as Moore’s Law is stretched to its physical limits, we can still obey the spirit of the law to keep up our pace of innovation. Moore’s Law may be reaching its end with transistors, but it remains relevant for ultra-low-power embedded MCUs in IoT devices.

In any case, the entire semiconductor industry is in store for more Moore.

Experienced marketing and communications executive with a successful track record in the technology industry on a global scale. Skilled in branding, go-to-market strategy, media relations, executive communications, and social media. 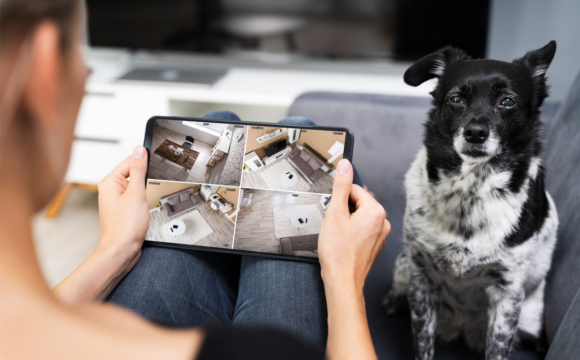 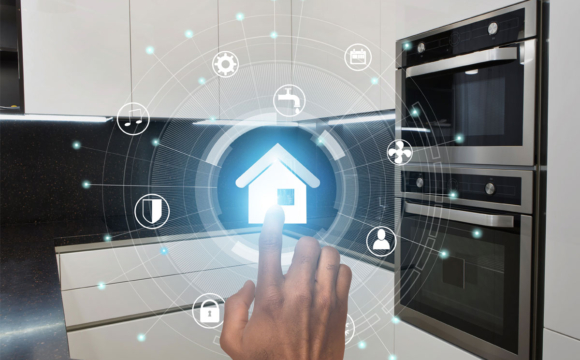