HomepageBlogIntroduction to VR/AR/MR – What You Must Know

Introduction to VR/AR/MR – What You Must Know

New head-mounted technologies allow users to interact with the world utilizing new tools and in new dimensions. Connected to a network of never-ending high-definition information, these tools help us take the next leap in virtual interfaces as an extension of our consciousness.

Immersive experiences in virtual reality (VR), augmented reality (AR), and mixed reality (MR) have revolutionized the way information is presented. It is no longer necessary to glance over to a nearby GPS when driving—all the information is within your field of view! What does this mean for the future of communication and information transfer in education, entertainment, and industry?

Before discussing the developments behind each type of head-mounted device, it is important to understand the distinction between the three technologies:

Virtual reality presents a simulated space that can be interacted with and explored by the user. It transports the user to an alternative universe with immersive visuals and sounds to evoke a sense of realism in an artificially created environment.

Augmented reality brings new dimensions to ordinary real-world objects by superimposing images and information onto them. This can make it easier to traverse unfamiliar streets or chat with your favorite animated characters at your neighborhood park.

And finally, mixed reality takes a blend of the previous two and allows the user to shape virtual objects in a real environment.

This is the first in a series of three blog posts exploring these technologies.

The virtual reality market was $10.3 billion in 2019, accelerating to $15.8 billion just a year later. Following this trend, a Grand View Research study projects that this market is expected to grow to over $62.1 billion by 2027. Companies such as Facebook®, HTC® Corporation, Sony®, and Valve® have invested deeply in the development of this technology with a wide variety of VR devices that each utilize the product in a unique way.

Some VR devices require the use of IR-sensing towers to track user movement, others use image recognition for light-up bulbs, and others yet employ headset cameras to track movement relative to a point in the surrounding area.

One of the largest issues facing the current generation of virtual reality headsets is the need for a tethered connection to a PC or console device. For obvious reasons, a wire twisted between the feet of a user blindfolded by a one-pound headset could lead to some unfortunate results. And besides the safety issue, the wire greatly limits the play area in a device designed around the concept of limitless exploration and spoils the immersive magic.

The Oculus headsets have been the first to break free of this restraint. They have experienced unparalleled demand in the VR marketplace, with over 3 million units projected to be sold in 2021. As more companies in the VR space seek to go wireless, the need for battery efficiency and connectivity in a powerful head-mounted device become evident.

Cone of Experience theory describes the efficiency of learning using different deliveries in the training process. It finds that we remember about 10% of the material that we read, 20% of the information that we hear, and an entire 90% of what we learn by doing. Industries across the board from education, entertainment, military, and human resources use VR to produce more memorable and interactive experiences for users.

Why learn about the solar system from a book when you can fly among the planets? Virtual reality has reimagined the way that educational content can be made engaging for students of all ages. Suddenly, simple facts on a page become sensational experiences. A 2018 study found that the percent of US classrooms with access to virtual reality at the time had reached 18% in K-12 schools and 55% of university campuses. Students who learned through VR exhibited greater learning of language associations, improved long-term memory retention, and increased student motivation.

Similarly, militaries around the world have employed the use of virtual reality in training exercises. Flight drills, situational awareness in different environments, and medical emergencies in VR allow the soldier to employ learned tactics in a simulated environment at a reduced training budget.

In 2020, four out of five Americans played videogames. This number is up 6% from the previous year and is continuing to accelerate. Additionally, there is a noticeable widening of demographics of users across mobile, PC, and console gaming. VR has opened endless possibilities in each of those categories in games of all genres. Horror and suspense are brought to new extremes, placing the user in a space where evil can lurk around every corner. As of December 2020, Valve’s newest action-horror installment in the Half-Life game series has sold over 2 million copies since its release in March. The hype generated by this game’s announcement in late 2019 helped Valve double VR headset sales going into 2020.

Movies can now be experienced like never before. With developments in high-resolution VR displays and 3D audio, the movie experience is truly immersive. Additionally, it is now possible to join friends in a virtual movie room and watch movies together! A WWII film is suddenly brought to a striking level of realism when relived from a foot soldier’s perspective on the beaches of Normandy on D-Day.

In 2018, virtual reality used in business applications represented an $829 million market—a figure that is forecasted to exceed $4.3 billion by 2023. Virtual reality as a means for holding remote meetings and project planning have offered new dimensionality to online workplace interactions and graphical simulation. A PwC report predicts that by 2030, nearly 23.5 million jobs will be using AR and VR for training, work meetings, and better customer service. Introducing VR to these and more aspects of the workplace has ripple effects that extend well beyond the immediate functions in allowing more people to work remotely and reframing the “where” and “how” work can be done.

How Ambiq Is Helping

Generally, head-mounted systems require a higher-end application processor for the user interface (UI). They also heavily rely on a sensor HUB for head tracking, eye tracking, video stabilization, context awareness, and other uses. The sensor HUB is typically integrated as part of the applications processor, but it could also be using System on Chips (SoCs) such as Ambiq’s Apollo series.

The Apollo3 Blue SoC has set a new standard in energy efficiency for battery-powered devices with an integrated Arm® Cortex®-M4 processor with Floating Point Unit (FPU) and TurboSPOT®, increasing the computational capabilities of the Arm Cortex-M4F core to 96 MHz while dramatically lowering the active power consumption to < 6μA/MHz. This has enabled abundant application processing power and allows our customers to include greater device capabilities while still offering users extended battery life. Check out Ambiq’s innovative solutions to see how we can help deliver the immersive experiences of tomorrow. 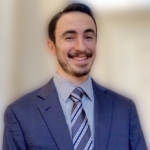 Yuval has consulted multiple tech startups in test equipment, IC design, and wireless technologies. He has a wide background in engineering, marketing, and media that has contributed to growing startups internationally. His work at Ambiq includes researching various markets that would benefit from Ambiq's ultra-low power MCUs and recommending product requirements for future devices. 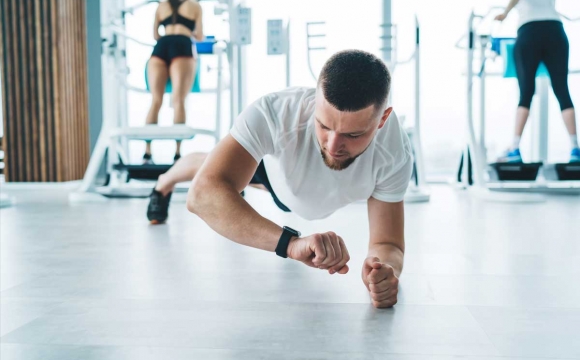 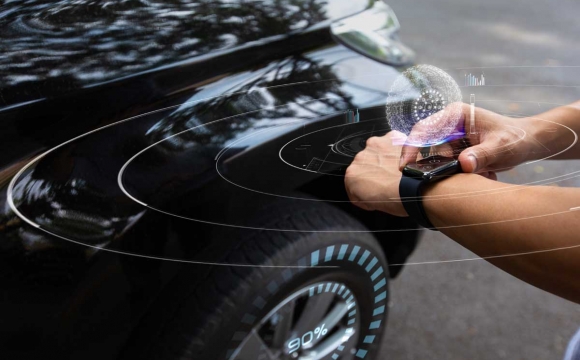